And YES the iPhone 14 works amazingly with the GDOME Mobile Pro!

Although the new iPhone 14 and iPhone 14 Plus from Apple may have a similar exterior with the iPhone 13 range from a year ago, they feature several internal upgrades.

New car crash detection sensors, the Photonic Engine photo processing technique, the removal of the actual SIM card port for US phones, and upgrades to both the rear and front-facing cameras are all features of the iPhone 14 series.

However, Apple isn't finished with the iPhone 13 just yet. The company will continue to offer both the iPhone 13 and 13 Mini in its online shop at a slight discount. The Mini iPhone 13 now costs $599, and the normal iPhone 13 costs $699.

In order for you to immediately compare the phones, we have listed the features of the iPhone 14 line versus the iPhone 13 line in the chart. The size of the phone could be the determining factor, with the iPhone 13 Mini being your only choice if you desire a Mini phone.

The iPhone 14 Plus would be your choice if you want a larger phone but don't want to spend more than $1,000 on the iPhone 14 Pro Max. You should consider whether the new features and better camera of the iPhone 14 are worth the extra $100 when choosing between it and the comparably sized iPhone 13.

Also included are explanations of the iPhone 14 Pro's always-on display, its 48-megapixel primary camera, and its brand-new Dynamic Island function, as well as a comparison of the whole iPhone 14 product line.

It doesn’t matter who was first to offer car crash detection capabilities, because the real reason this exists is morbid and sucky. Now that I’ve established that, I’m relieved that Pixel smartphones and Apple iPhones both offer a way for your smartphone to automatically reach out to emergency services when you’re rendered unable to do so yourself because of a car crash. Here’s to hoping you never have to use this feature.

Apple announced that the new iPhone 14 would utilize its improved gyroscopes to help recognise when you’ve had a car crash. But Google was the first to introduce the car crash detection feature a few years ago on select Pixel smartphones. The ability is part of the Personal Safety app, which is still exclusive to Pixel devices. Like Apple’s version, it lets you set up an Emergency SOS feature that can dispatch for safety and share your real-time location when accidents happen. There’s also an option to turn on automatic car crash detection. If you don’t respond within an allotted amount of time, your Pixel smartphone will call 911 automatically.

I am curious to see how much I can get out of the Apple iPhone 14 Pro’s ProRAW mode. The feature allows you to use the full extent of the 48-MP camera sensor on the new smartphone. Rather than limit it to the software’s AI-infused quad-pixel capabilities, this feature lets you use the primary camera as if it were a DSLR you carry in your back pocket. The only requirement is knowing what to do with a RAW file in a photo editing suite.

Samsung’s Galaxy smartphones started offering this feature earlier this year with the Galaxy S22 Ultra. I noticed that with the Ultra, which boasts a 102-MP camera, I could flip into the full megapixels mode and shoot photos using the sensor as the tech gods intended. However, that doesn’t seem to shoot in pure RAW and instead spits out a JPEG in the backend. You’ll have to manually head into the camera settings to ensure that the RAW option is toggled-on if you want to take fully editable photos with Samsung’s smartphone.

Apple’s Dynamic Island on the iPhone 14 Pro is quite a clever innovation. Rather than leave the notch to take away from the screen resolution on the iPhone, Apple turned it into a multitasking tool so that you can easily switch between active apps without immediately leaving the screen you’re on. It’s akin to how Android snoozes apps to the notification shade, except that it exists squarely within and around that little pill-shaped area where the front-facing camera and FaceID sensor are both housed.

When Apple made mention of the feature at its Far Out event, Android fans—myself included—immediately recognized the ability from an old LG smartphone released in 2018. The LG V10 had a second screen at the top of the display that showed the date, time, and phone connection status. It could also be an additional app launcher if you set it up. But Apple’s implementation is a little more fluid than what LG had attempted many years ago. And rather than overwhelm you with options that work within that little area, Dynamic Island is limited to two active iOS apps at a time.

Although I'm not claiming that Apple's newest smartphone directly copied the multitude of Android-based devices already on the market, I couldn't help but notice certain similarities during the Far Out address. The always-on display and ProRAW mode on the iPhone 14 seems to be comparable to features I've been experimenting with on various Samsung and Google Pixel phones. Particularly, the Dynamic Island makes me think of a function that was once available on a long-gone LG handset. Apple, on the other hand, is taking a slightly different approach with its implementation and cleverly utilizing what everyone else is referring to as a "hole punch" in the middle of the display.

When Samsung released the Galaxy Note 7 in 2016, it debuted their take on the always-on display. It was advertised as a lock screen that displayed you the time, notifications, or a calendar before the lock screen actually appeared, but it has since been expanded to incorporate graphics and other indicators. When the Note 7 was first released, you could even remove the built-in S Pen and take notes without waking up the AMOLED display and draining the battery.

Since more manufacturers began using 120Hz right out of the gate, premium Android devices have featured dynamic refresh rates for the past few of years. But in most cases, that high refresh rate obliterates battery life, which is why Android OEMs began implementing dynamic refresh rates to reduce how much power the screen consumes. One of the first significant Android flagships with the ability to dial as little as 1Hz to conserve battery life was the OnePlus 9 Pro. The Galaxy S22 Ultra is one of the newest smartphones from Samsung that offers this.

The iPhone 13 Pro and Pro Max were the first devices from Apple to include ProMotion, a dynamic refresh rate that could only occur at 24Hz. The always-on display on the iPhone 14 Pro can be slowed down to 1Hz.

In favor of the eSIM standard, Apple declared that the iPhone 14 will be the first of its smartphones to arrive in the United States and Canada without a SIM tray. In essence, the technology is a digital substitute for a SIM card.

In order to promote its own mobile network, Google Fi, the company first unveiled the eSIM with the Pixel 2 in 2017. The eSIM standard is also supported by Samsung's most recent smartphones, such as the foldables and the Galaxy S22 series. Through a software update, Samsung even extended the capability to some earlier models. However, Apple's decision to fully embrace eSIM and abandon the SIM slot that Android handsets still have is audacious given that many people are likely only now becoming aware of the technology. It would be fascinating to see how soon American carriers catch on to the trend and whether they make it simple for people to stop using actual SIM cards. I also wonder if Android handsets from the following year will do away with the SIM tray entirely.

Older iPhone models will support the iOS 16 functionality of lock screen widgets. While Apple's current version of Lock screen widgets is how Google should have handled things from the beginning, Android was technically the first mobile operating system to offer the feature.

You could select from a small selection of pre-configured widgets to set up on the Lock screen back in the Android Jelly Bean/KitKat days—when Google still referred to desserts by their names—but their functionality was constrained. Google eventually got rid of them completely.

If they had been as sophisticated as what Apple produced just ten years later, perhaps they would have endured. 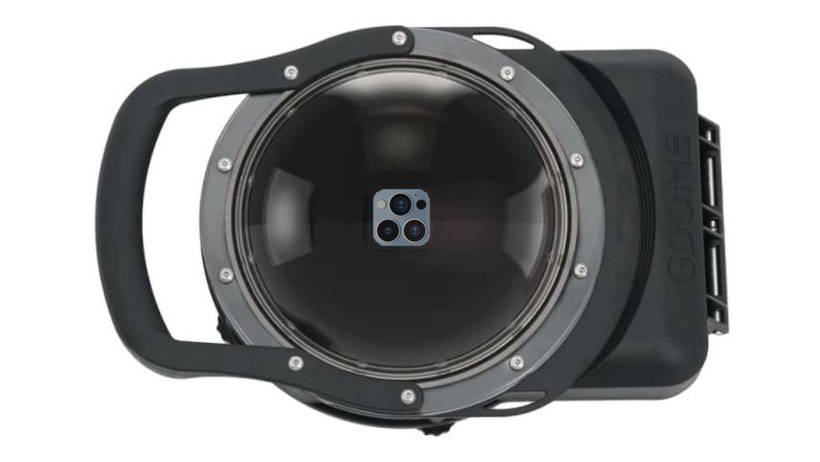